Our dog-eared, well-worn get out of jail free card was once again deposited, this time against unlucky visiting Mirfield marauders, Moorlanders.

Unbeaten in the league, through in the cup. Our heroes have begun the defence of a full-rack of Huddersfield League spoils in fine style. With news that Luke “Proccy lad” Procter and Arron “Azza lad” Lilley had both been given the all-clear from parent county meant that we were offered the opportunity to field a full-strength side for the first time in the season. Bluster and bombast, albeit, tongue in cheek from Moorlands’ skipper Andrew Fortis via Twitter (“both sh***, both getting it“) warmed things up nicely post-game. Better get the popcorn out.

Bit of teasing from the weather Gods once again.  Saharan conditions in the few days prior, then back to the Arctic rim for Saturday. Still, we must be grateful it’s not hosing it down, right? Gleavey’s won another toss. Third on the spin, at least. It’s going to be a very weird day. All manner of civilisation-ending weaponry is at his disposal (MOAB Incendiary device? CHECK! Thermo-nuclear warheads? CHECK! Hydrogen Bomb? CHECK). Donald Trump will bat first today, fellas. President potty isn’t quite over his poorly ankle though, so sees fit to spearhead his attack with his youthful-but-deadlies; Mosun Hussain and Nathan Jones. Barely 40 years between them. Bet the chit-chat in the middle is like Ali G having a conversation with himself.

Just three balls in and Moorlands have a wicket! Mosun; proficient, lethal and devastating on every appearance this season has a waft at a wide one and feathers an edge from thickly tousled Nicky Smith behind to the keeper. The pregnant pause between catch and cheer is deafening. Make him bowl it again umpire. This can’t be right? Zeus cannot be felled by a mere mortal? Believe what you’re seeing boys, that’s out all day long and then some.

Moorlands have no less than four Australians in their team today. Delph is like a little suburb of Adelaide for once and one of them, Nicky Smith is finding his long mane is staging a reenactment of the Anthony Joshua vs. Wladimir Klitschko fight against the wind. Locks might be strewn across his face but he makes new batsman Shreevats Goswami uncharacteristically uncomfortable in this opening salvo.  From the bowling green end is Andrew Walker. Less pace, more guile and a difficult customer in today’s blustery conditions. The normally unruffled Goswami finds his furniture thoroughly cleaned up in the fifth over. Moorlands have a second just as club President Peter Gledhill comes down the drive, shaking his head in disbelief.

Procter enters the fray for the first time. No swashbuckling finesse here, strong and stable is the mantra. Blood and guts for the cause as Proccy lad swiftly gets to work. Jones, with confidence swollen by last week’s 40-odd knock opens his arms and lashes away a few fours. Before you know it, parity is restored and then quickly destroyed again. That cunning fox Andrew Walker accounts for Nathan with a low skidderoo. You won’t be laughing if Tory Theresa and her foxhunting chums get their way Mr. Fox-Walker!

President Trump wheels out the big guns now. No more messing about as Lilley skips in to put an end to this North Korean krazyness. Moorlands have to try something else before the tactic gets sussed. The popular Darrel Sykes replaces Nicky Smith who’d finally accepted defeat in the great battle of wind vs hair. Strewth, an alice band would have been the pawn sacrifice you needed, mate. Procter and Lilley smoothly rebuild, more steadily than normal but we’re not even at drinks yet. Lots of time to apply the finishing gloss. Sykes tempts Procter with a wide gimme and the debutante makes his only mistake with an itchy trigger finger, edging behind. 20 overs in and we’re four down. A time to fret.

Drinks are taken and the Moorlanders guzzle that cordial with glee. Anxious sips for Simmo and Lilley meanwhile. Without a good foundation you have nothing. The wily Walker, bowling straight through approaches the end of of his allowance. 15 overs is meagre when you’re causing as much havoc as this. Simmo just needs to bide his time and hunt the less efficient bowlers, but the jinking jeweller jabs Walker’s delivery over to Winn who scarcely conceals his surprise. As Simmo departs President Trump has seen enough. This isn’t a match for Howitzers. Bayonets on, hand-to-hand and house-to-house combat. Gleavey to drop anchor and Lilley to drop bombs is the new black.

As fluent as fifties normally come for Lilley, this one’s a hard Brexit. The self-confessed ‘Big Show’ is a mere seaside puppet theatre this afternoon. As soon as he’s raised his bat receiving relieved applause from the sidelines, he’s out, stepping aside to presumably try and clump Darrel Sykes into an ‘M’ postcode area. The ball’s too quick this time and thumps over leg stump.

The last few wickets fall with a clatter as President Trump helplessly watches his reinforcements collapse. Shak, who’s never far from an LBW decision cops for a tame one. Hargreaves just can’t get going and lollipops a shot for an easy catch by Liam Smith. Even Grant Jones; the only person you’d want in a trench alongside you finds Moorlands’ rampant bowlers too hot to handle and succumbs to an LBW. Walter is the last man to close the door with yet another LBW dismissal as the innings disappears in Schadenfreude.

The second innings started with a kiss. We never thought it would come to this. Moorland’s frontline firefighters Dave Winn and Aqeel Mukhtar perform scything cuts and punching jabs as they take interrogators Walter Kasim and Mo-Shak to task. In fact poor Walter has to make way after only three of his overs, such is the desperate zest for wickets. Of course, we’ll need a bowling performance par excellence to wrestle this match from the brink.

Time for a change of tack then as Walter becomes the sacrificial pawn in President Trump’s cabinet reshuffle. Gleavey crudely rebuffs Walter’s doe-eyed pleas as he’s replaced at the top of the slope by Procter. This new two-pronged assault brings an instant reward. Dave Winn commits hari-kari in a millisecond – third ball actually – and offers up a gift to the gods. Lilley normally features on catch-of-the-season YouTube compilations but this one at mid-on won’t make those cuts. Could’ve have caught it with his floppy hat pulled over his eyes. From going through the motions to Bachman-Turner Overdrive, Shak attacks! You ain’t seen nothing yet, baby as fellow opener Mukhtar and Aussie Liam Smith are stunned into silence by two peachy Shak deliveries to knock over their stumps. Rounding is Shak scalp #3 as he errs to leave a delivery that cuts in. Game on.

Moorlands need something, anything, to save the Alamo. Aussies Jared Maxwell and Cameron French must try and lay down some calm in all this chaos. It works for a period as fizzing balls start to be more wisely blocked and occasional errant deliveries are dispatched for hurtful fours. Can’t afford too many of those. Shak makes way for Lancashire spinner Lilley. His impact has waned a little so it’s a sensible choice. The pitch feels tremendously large for Moorlands once again as Lilley clatters over French’s sticks for the fifth. Both teams are half-way there and living on a prayer. Only brave men can call these kind of matches, and there weren’t too many sticking their head over prediction parapet at this point.

Jolly-but-not-very-green giant captain Fortis comes to Moorlands’ rescue. It’s always the captains that have to come over and sort their frayed and frazzled children out when they’ve gone too far, isn’t it? He bands together with Maxwell to add steel at a vital time, passing a huge psychological barrier in the process, bringing up three figures. The pendulum swings back in Moorlands’ favour once more and Gleave is forced to bring back ace card Shak to tip the fragile balance.

A stroke of huge, fortuitous luck lands our way. It’d be churlish to suggest otherwise. An appeal, there have been bigger ones turned down today, is given out. Unless Maxwell’s pads have spontaneously morphed into finest mahogany that sounded like bat before wicket, and more importantly pad. Maxwell sees the finger of fate rise high. You could argue that this decision evened out a good one missed earlier, but timing’s crucial in a game that’s swung more than Oliver Reed on a stag do.

Fortis has designs on inching his way to victory. World war one style, one shellhole at a time. Michael Padgett joins him and they set about building the biggest partnership of the innings. Slowly. A pair of fours fiercely sliced off Shak are like gold dust for the plucky visitors. Five wides off the returning Lilley feel even more damaging in the dull Delph air, but Shak shows time and time again he can pull a wicket out of nowhere in the face of adversity. Padgett gifts an unforced error, looping a catch to Nathan like a snowflake that’s about to start the avalanche.

No further runs are added. Maybe one, somewhere, but it’s lost in all the confusion of said avalanche. Nicky Smith, worn out from his barnet battles all those hours ago surrenders a Shak ball high into the sky for Grant to gobble up. Fortis impatiently tries to fight fire with fire resulting in him being castled in full swing – the ball was either going one of only two places; through his wickets or somewhere down the A62. Walker bravely offers a modicum of resistance but the game is well and truly up by this point. Lilley wraps things up with a sigh of relief by taking the final wicket with Moorlands 40 agonising runs short. Our celebrations are wild as they usually are when you’ve snatched victory from the jaws of almost certain defeat. Can’t afford too many finale’s of that intensity if you wish to live a long and prosperous life. 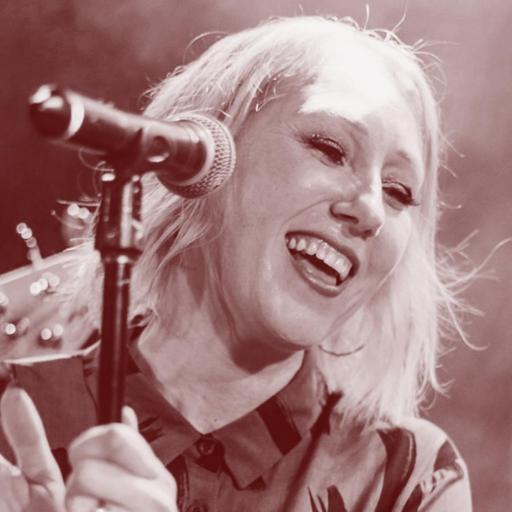